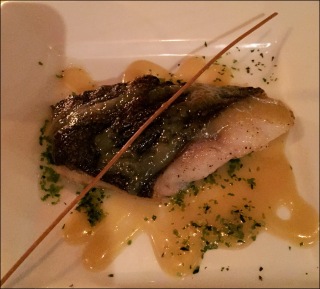 Gastown Guu: Some Good
And some not so good dishes,
Average dinner.
For 2015, I’m introducing a new type of post to the blog, The Meh Files.  These write up will be of meals that didn’t wow me or piss me off in some way.  Meals that are neither here nor there but the restaurant is notable enough to warrant a review.
In the two years and a few months I’ve blogged about food, I’ve been to the various locations of Guu in the city on numerous occasions but not felt compelled to write about it.  Not that any of the meals were bad.  The Guu group is solid and serves tasty food.  However they have been around for so long, their food just doesn’t have the “Wow” factor for me anymore.
I thought my latest visit to the Guu in Gastown was a perfect fit for “The Meh Files”.

Sitting down, the Distributor and I ordered 6 dishes plus a dessert.  I was amused that the tables were Guu branded – in case of theft? 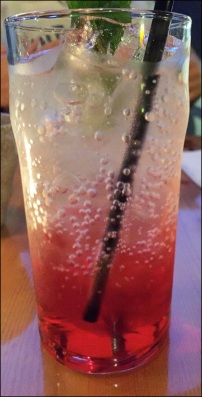 My Rogue virgin cocktail (Ramune, Grenadine and lime cordial) arrived with the prettiest pink hue at the bottom of the glass and tasted mostly like the Ramune. 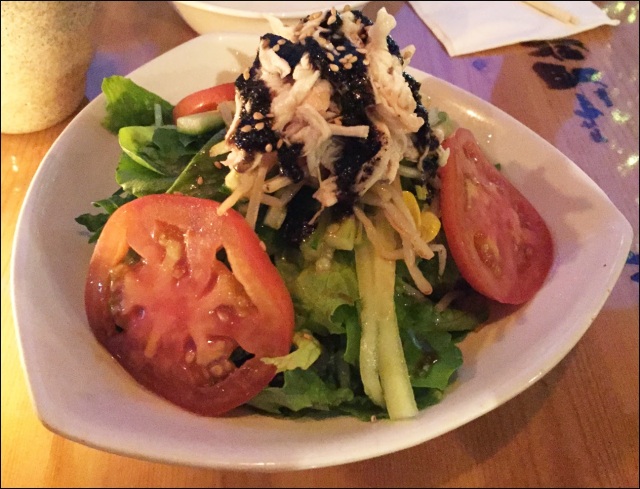 The Chicken Bang Bang Z Salad feature shredded steamed white meat chicken, romaine lettuce, bean sprouts, cucumber and tomato.  The ensemble was tossed in a “Guud” house dressing with black sesame sauce.  Although basic, everything was fresh and the aromatic sesame sauce along with the tangy dressing made this salad enjoyable to eat.
The Satoimo, a.k.a. deep fried taro balls, were underwhelming.  I was hoping that the taro would have a soft and fluffy texture, with a sweet fragrance aroma.  Instead, the not at all crispy taro balls were dense and bland. 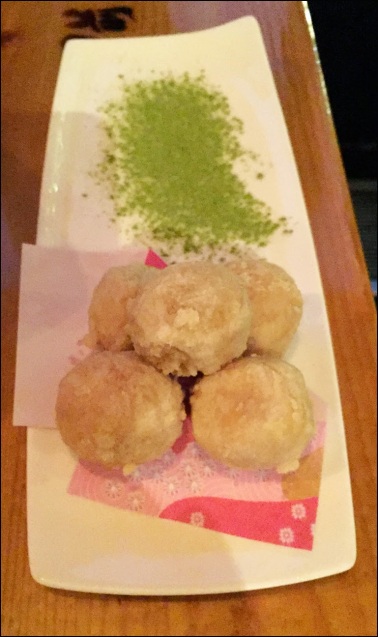 Despite the colour, I didn’t detect any green tea flavour in the green tea salt that went with this dish.
From the daily specials sheet, we selected the Drunken Mussels featuring fresh bivalves from Salt Spring Island.  The mussels were plump, tender and sweet.

The best part though was left over cooking liquid.  Packed with flavour from the mussel juices, wine, and probably broth, I could have slurped the entire bowl.

I wish I had ordered a bowl of rice to make my own ochazuke at the table.  The Drunken Mussels were the best dish of the night.
The 3 kinds of sashimi arrived next and we had picked albacore tuna, salmon and uni.  All the items were fresh but the fish was served ice cold which inhibited the full flavour of the tuna and salmon from coming out.  Some of the uni pieces had a bitter after taste. 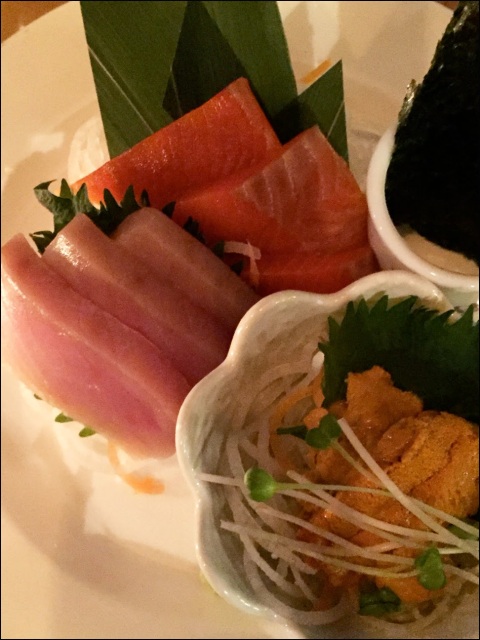 As result the sashimi platter was not great but I guess this is what you get when you order raw fish from an izakaya.
I was curious how a Japanese eatery would handle dim sum.  The crab & shrimp dumpling was inspired by a haw-gow but looked more like Xiao Long Bao. 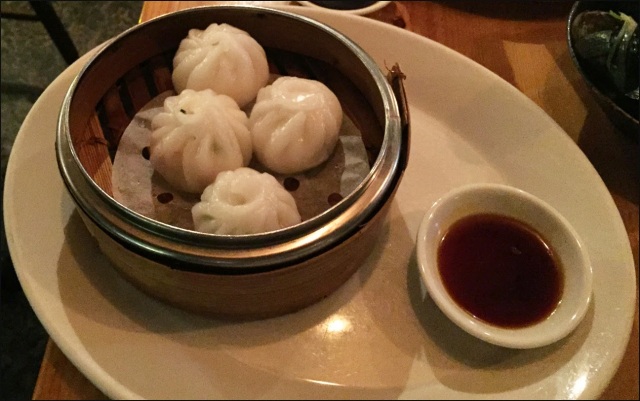 The filling had a sweet seafood flavour, which made the soy sauce that came with the dish unnecessary.  As expected by its appearance, the wrapper was a bit too thick and gummy.  Overall, it was not a bad attempt by Guu.

The grilled black cod with white wine saikyo miso sauce was tasty.  The fish was grilled nicely.  The miso sauce worked well with the buttery flavour of the sable fish.
To conclude our meal we ordered the matcha cheese cake.  Much like the salt from the Satoimo dish, the green cheesecake didn’t really exhibit a green tea flavour.

It was sweet and creamy, so it did end our dinner on nice note.
In hindsight, we could have ordered better and picked more deep fried dishes like chicken kaarage and ebi mayo, which all the Guus excel at.
However both the Distributor and I wanted a lighter dinner and as result our dinner was a bit hit and miss.  Nothing was horrible or phenomenal; just a meal that got the job done and was meh.